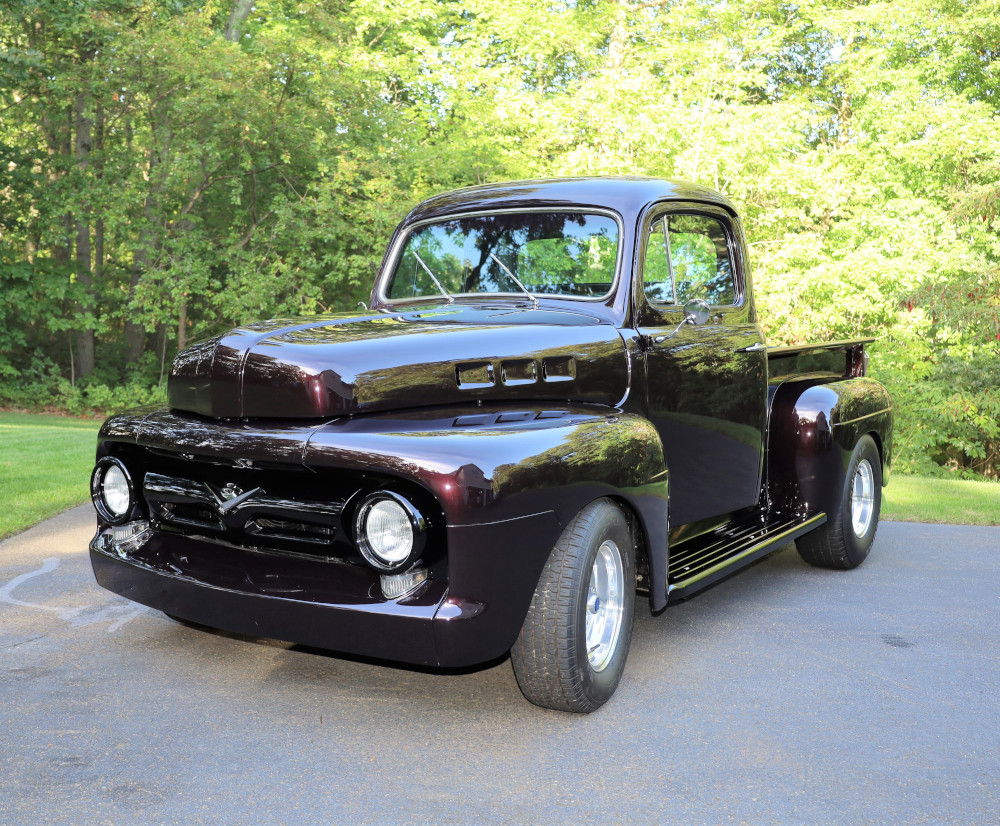 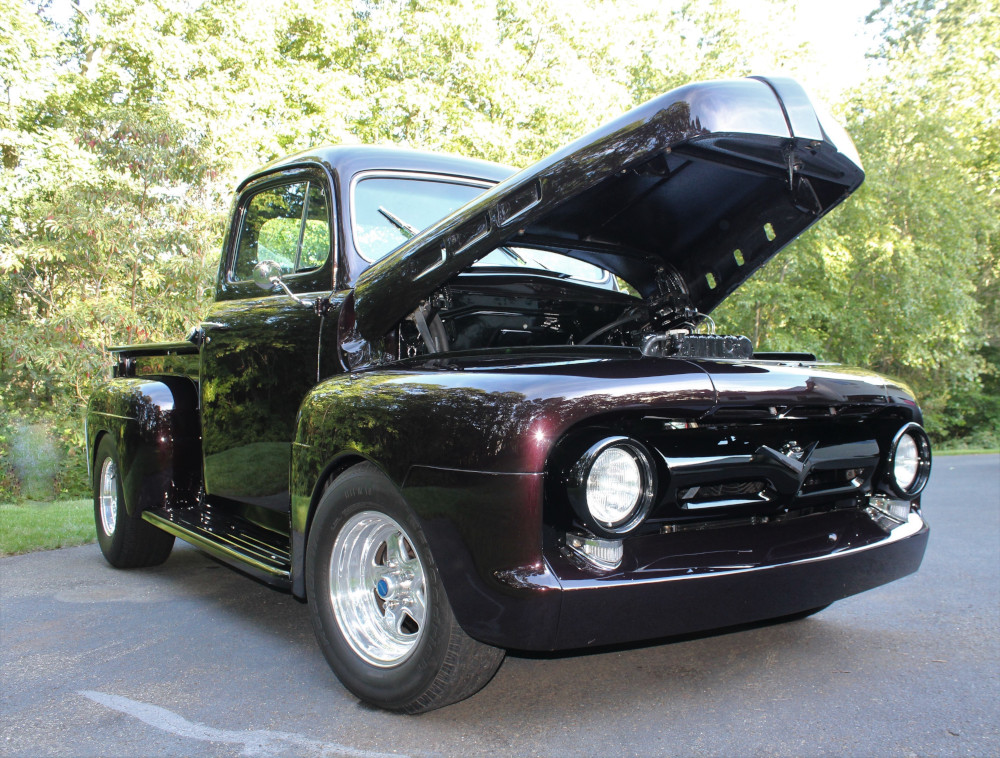 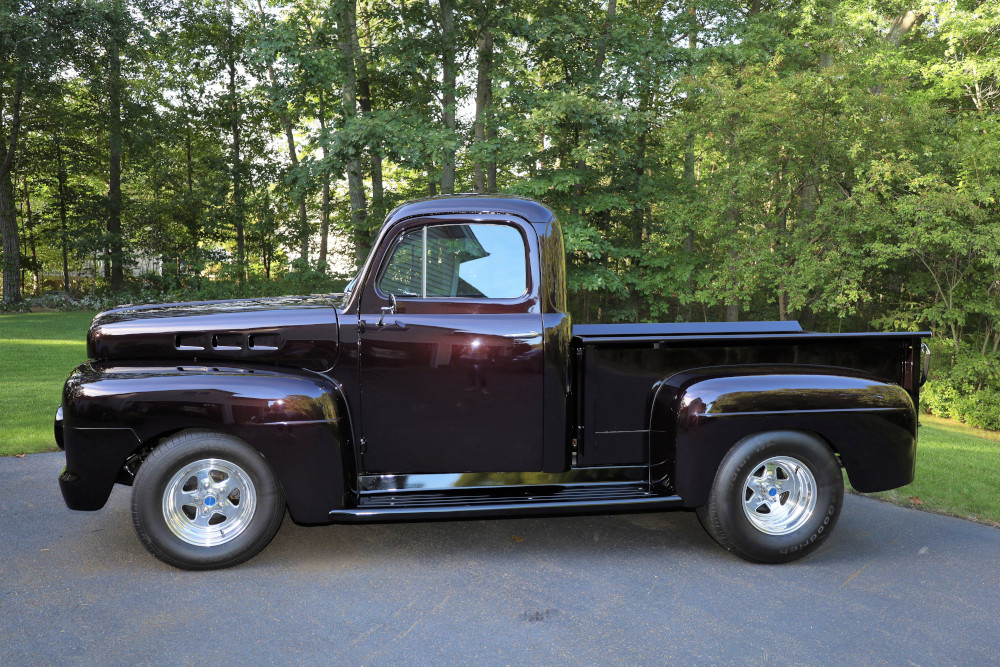 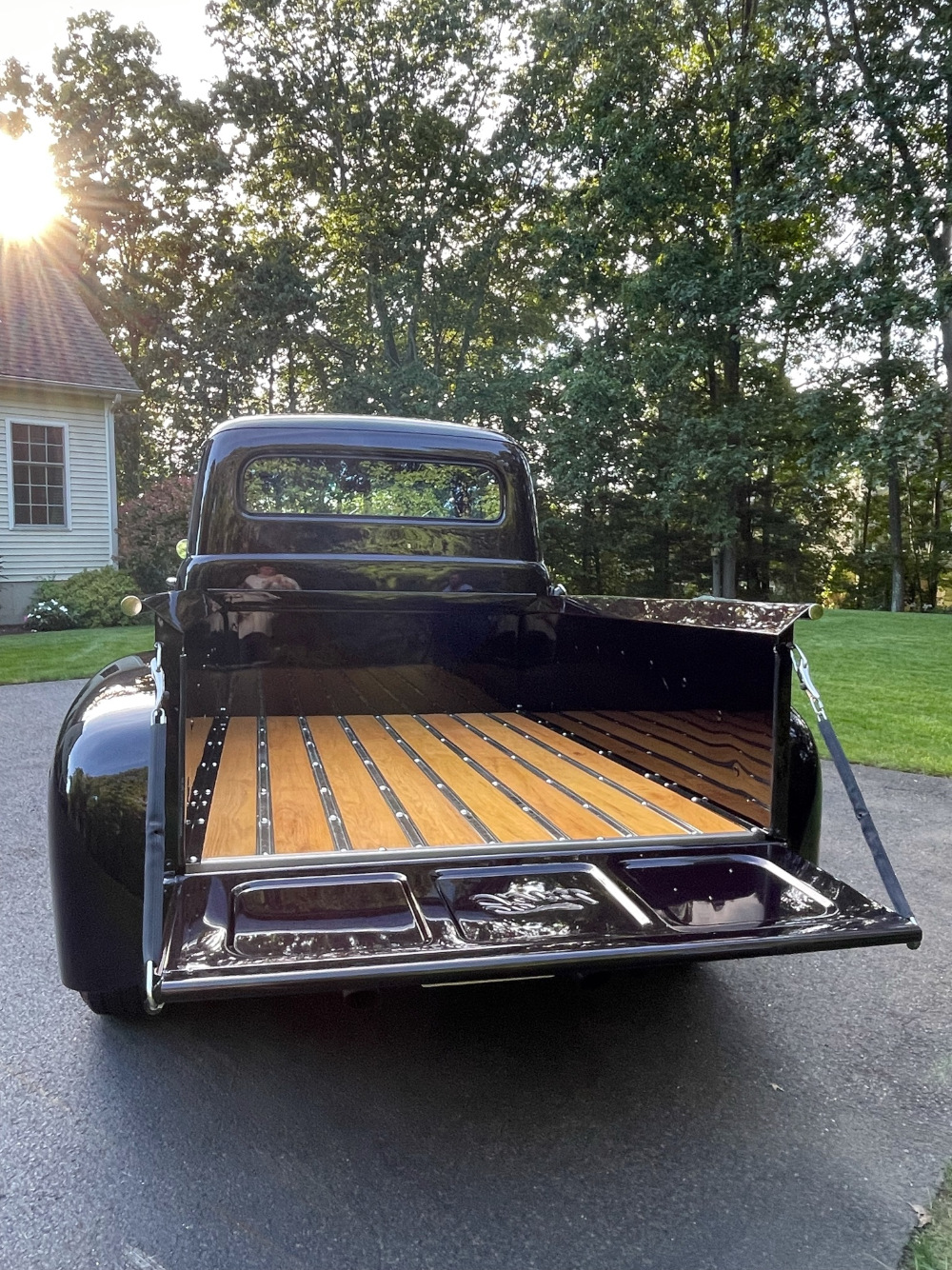 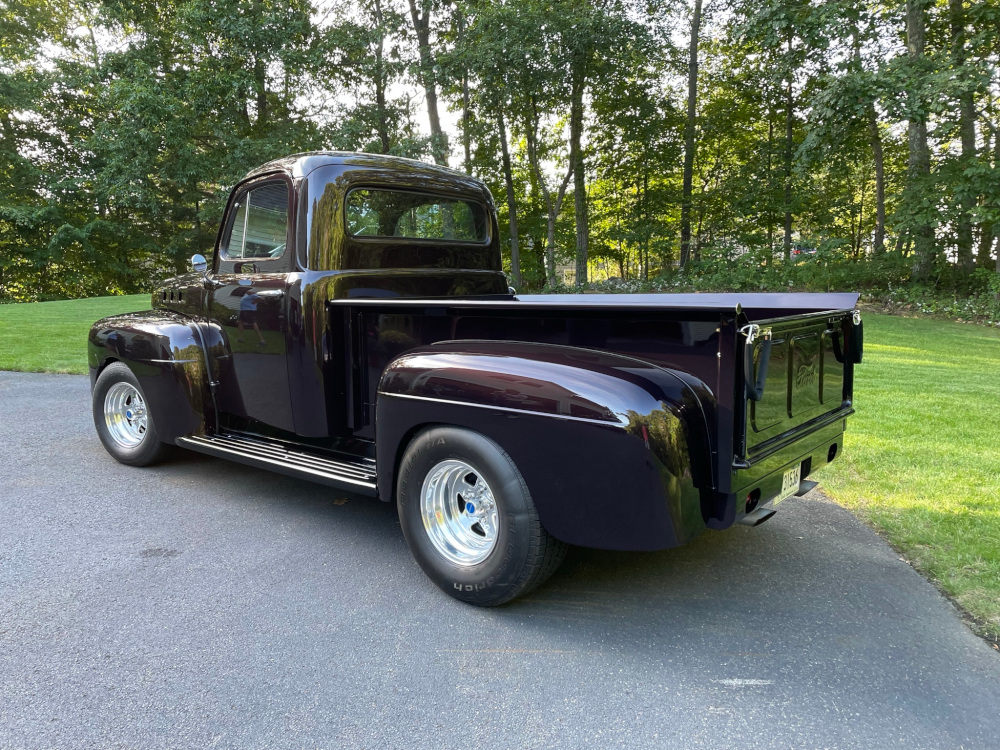 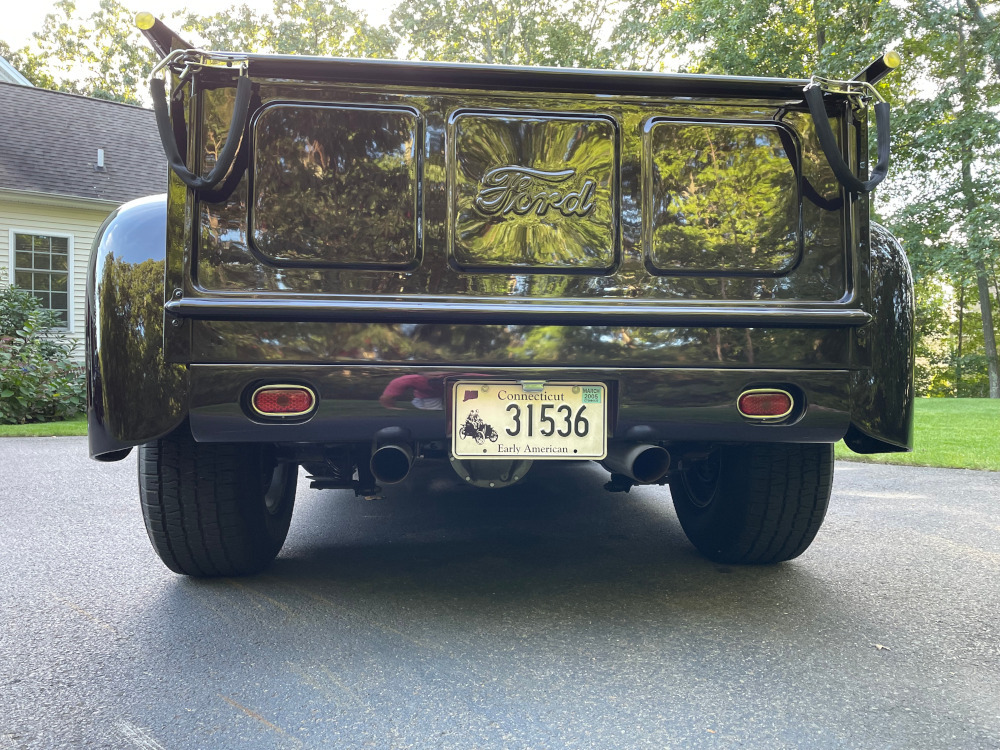 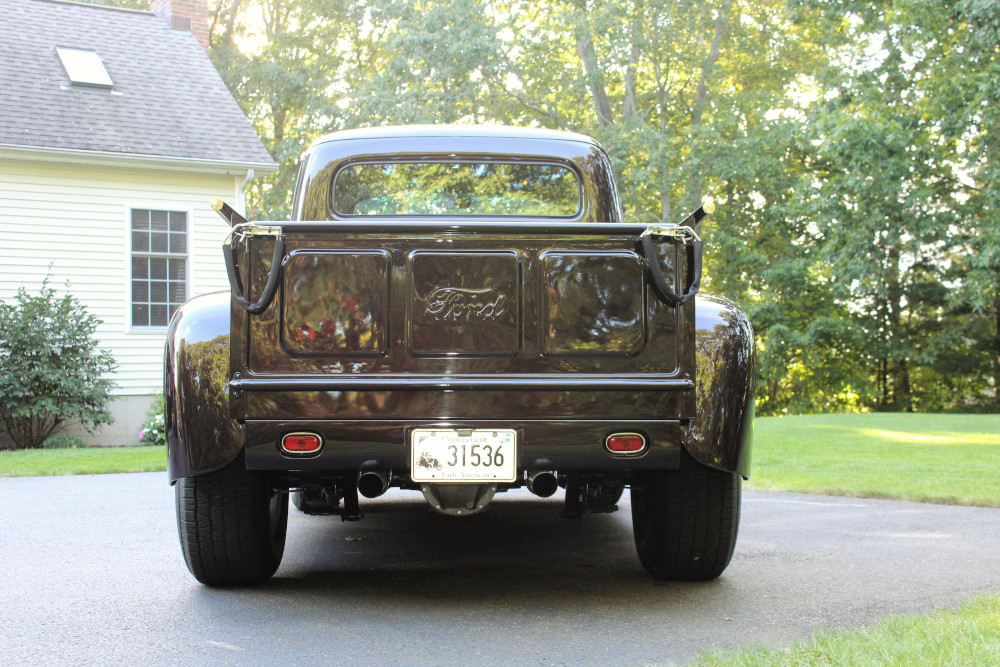 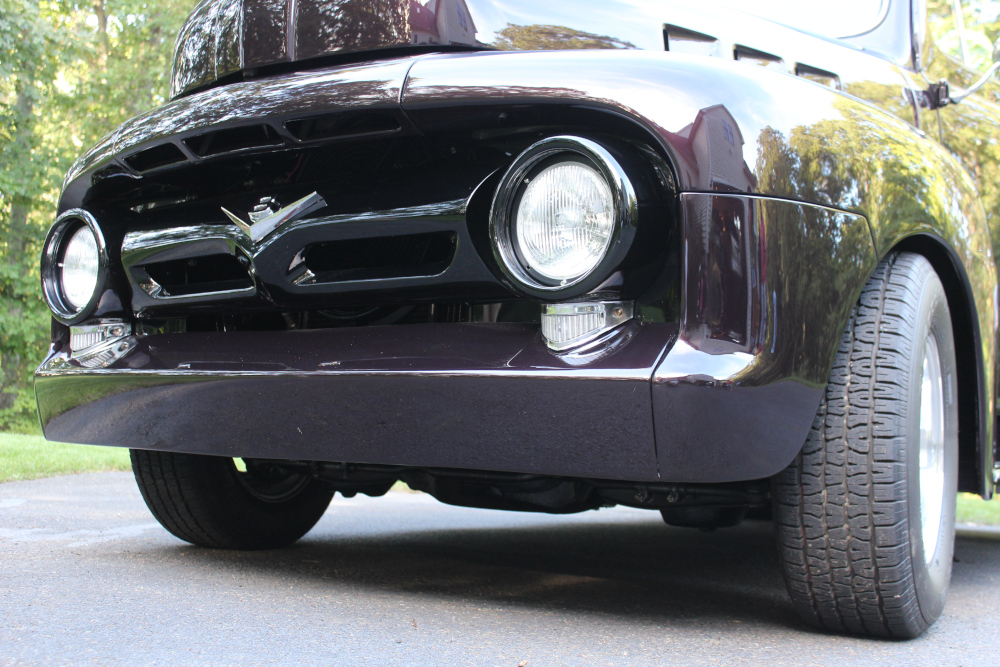 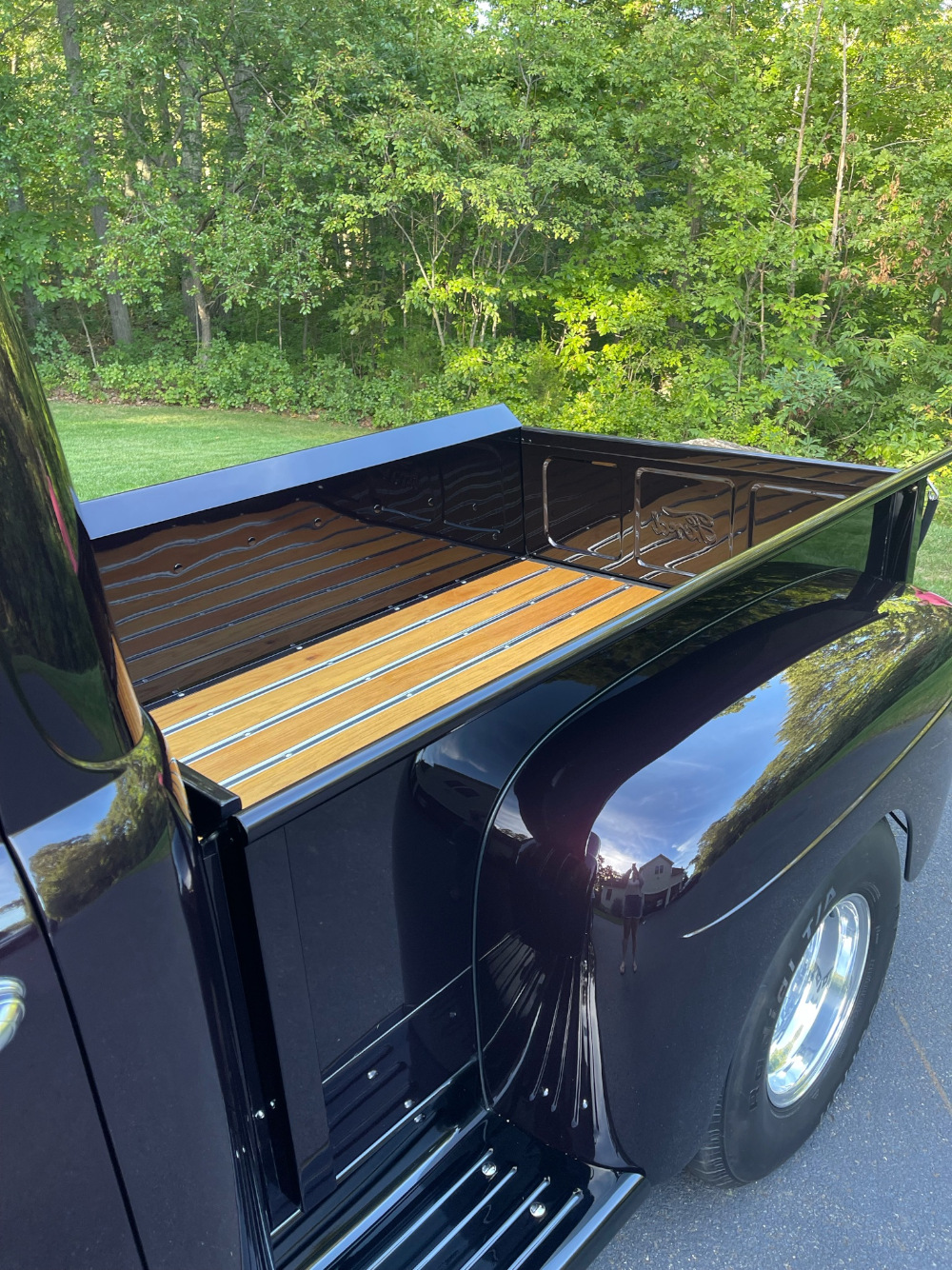 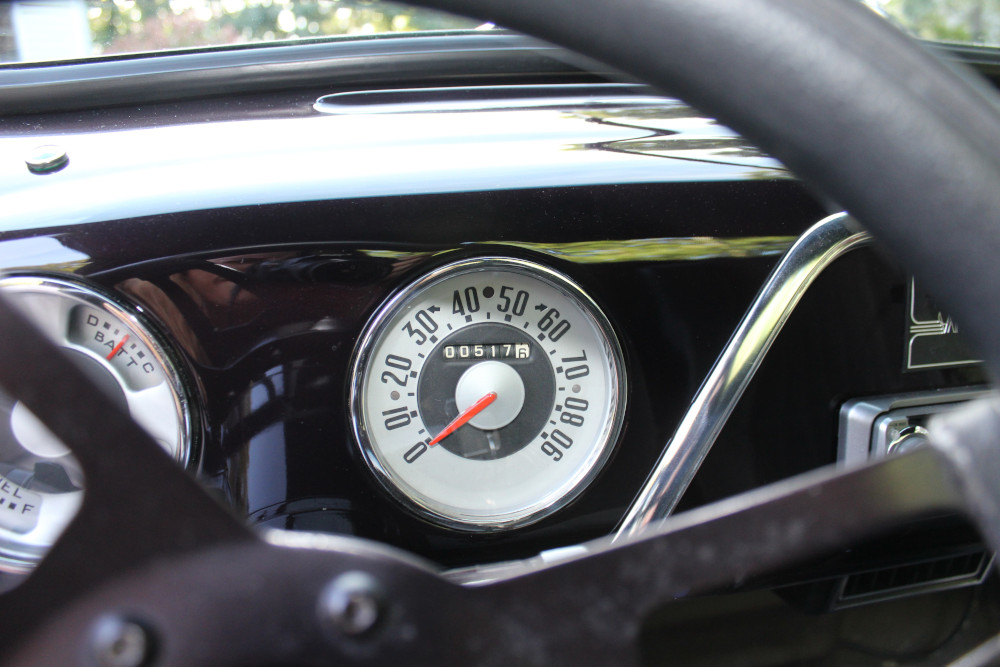 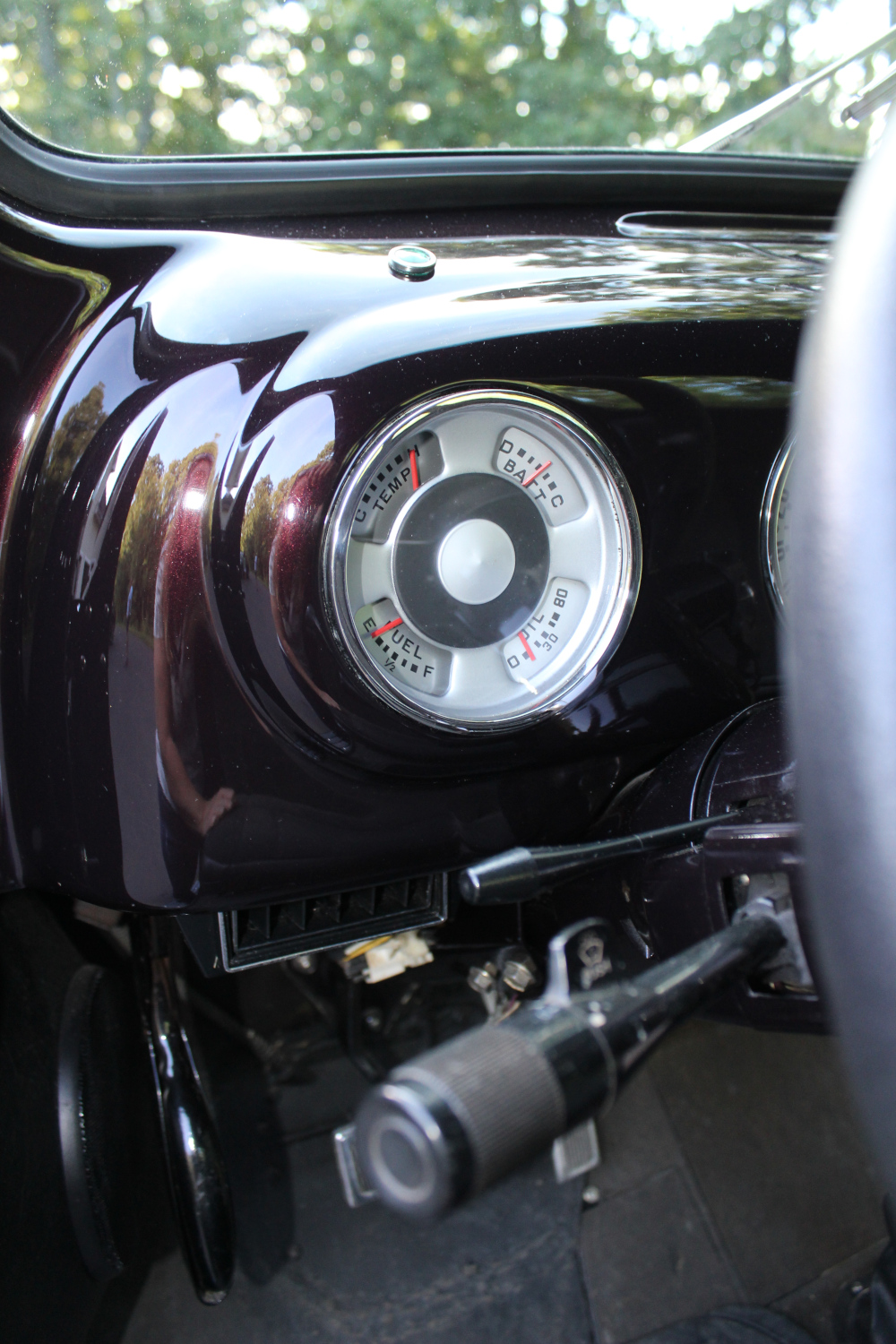 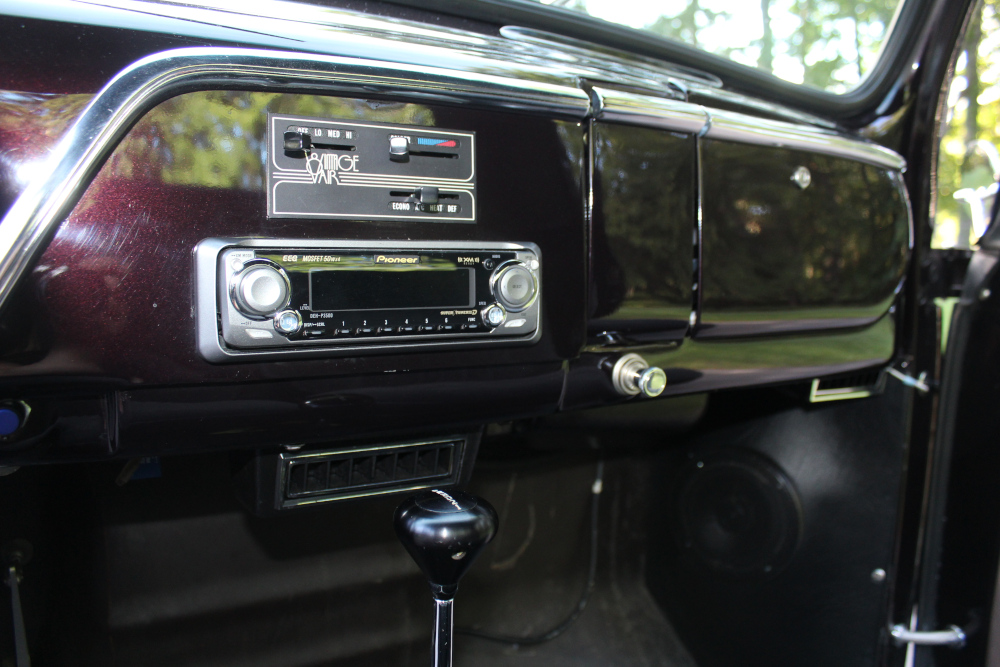 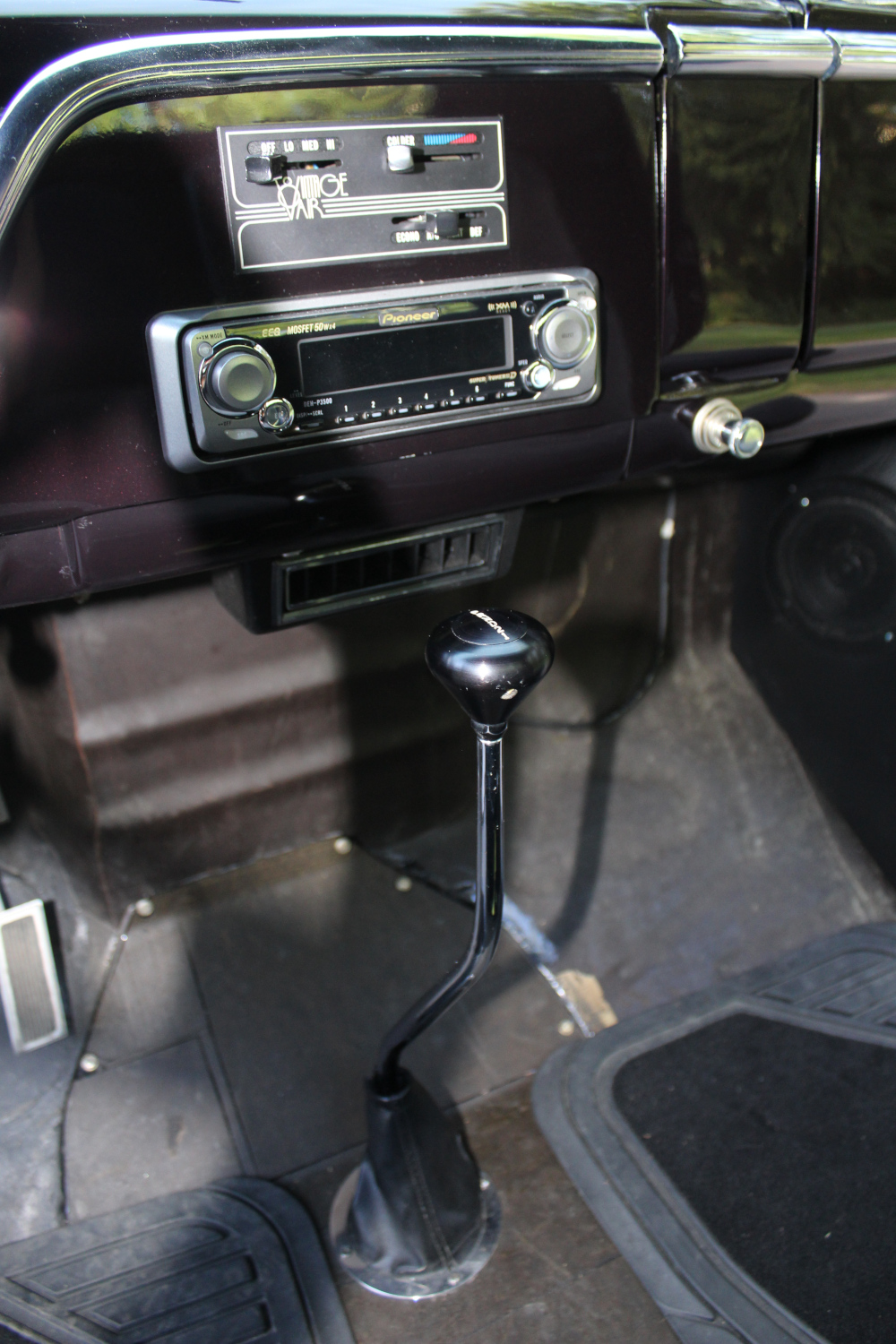 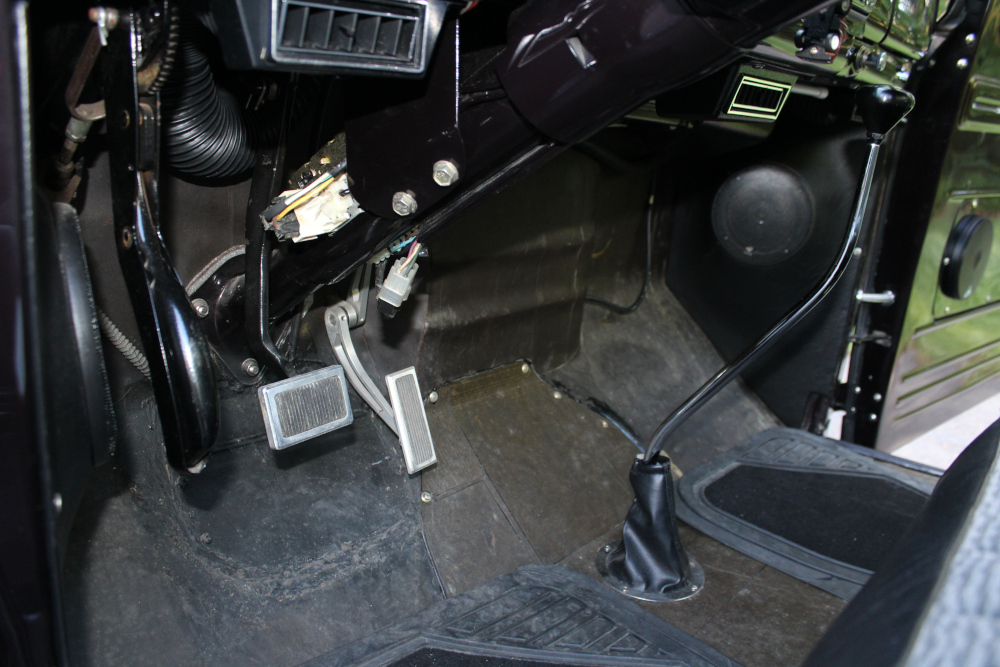 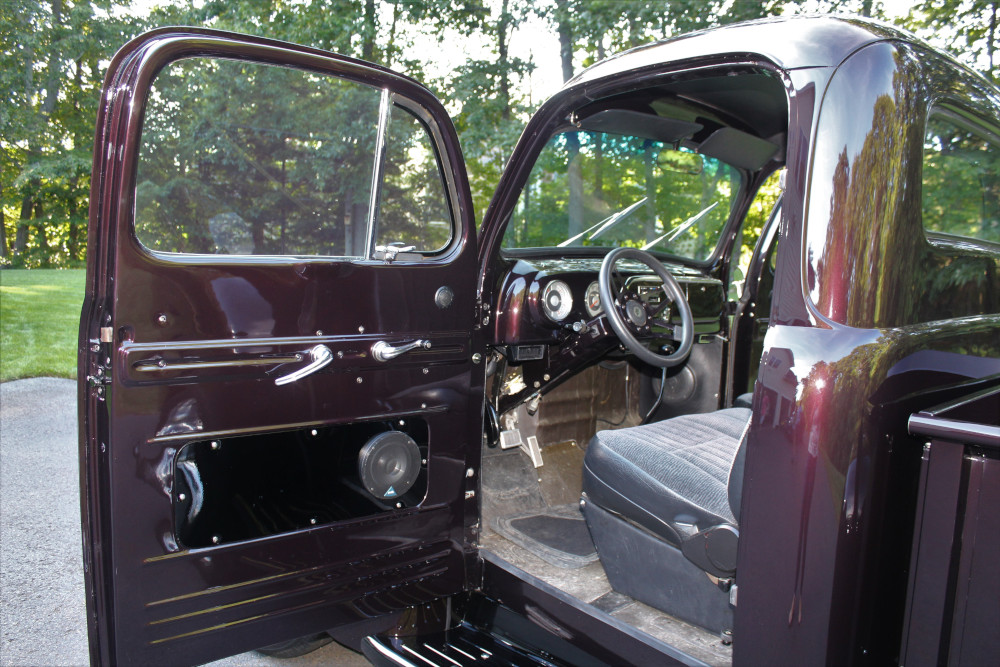 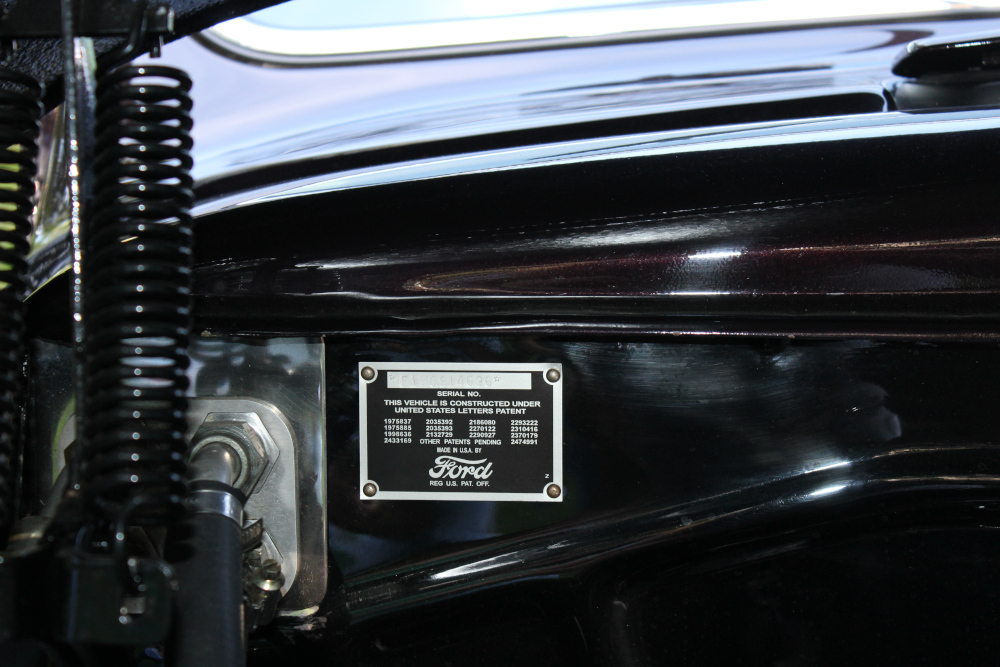 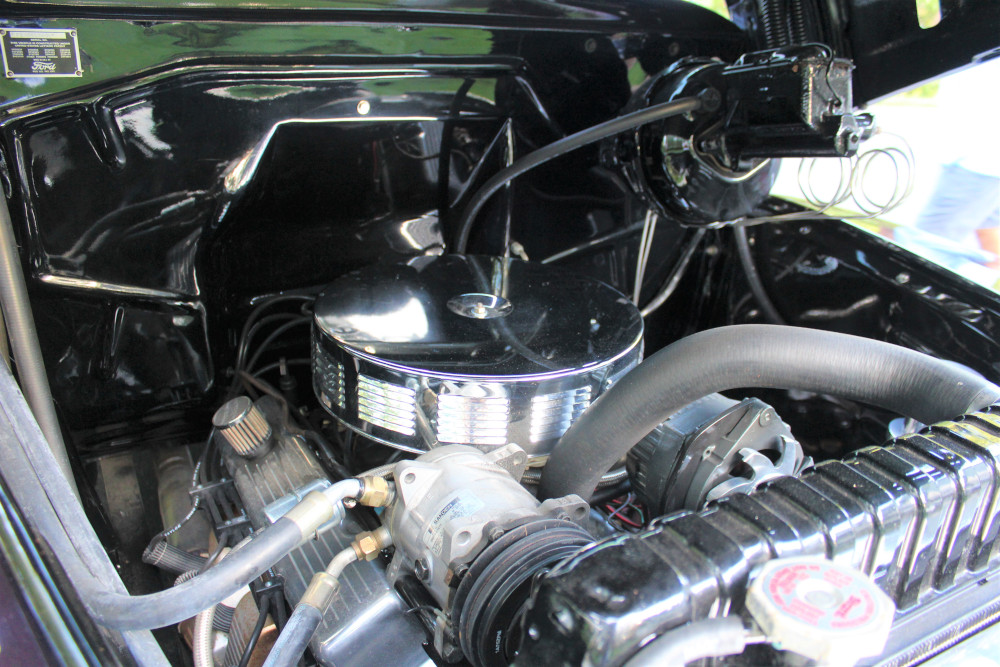 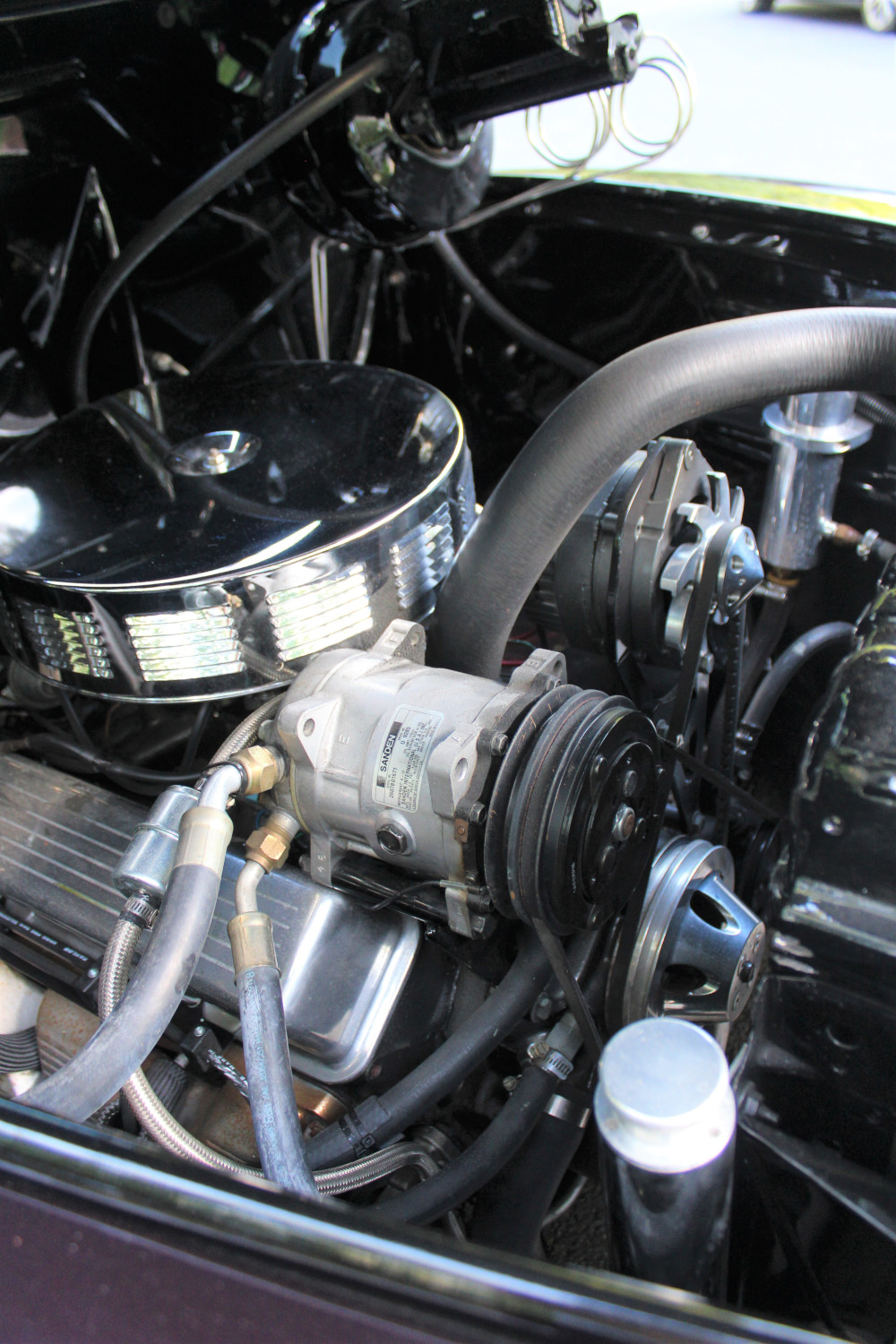 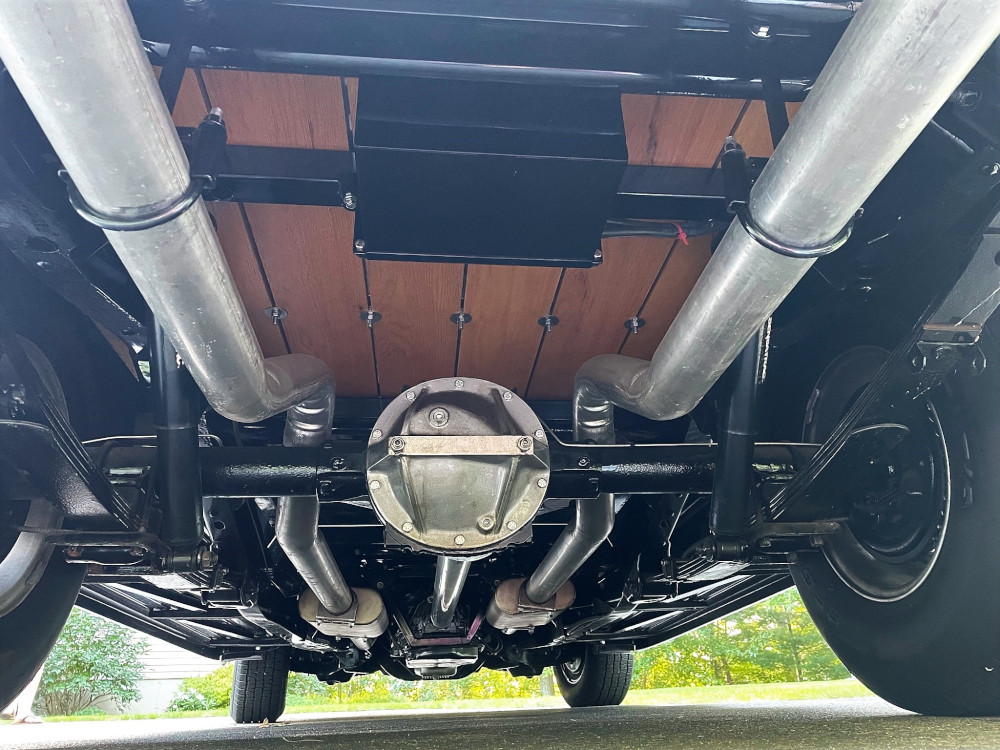 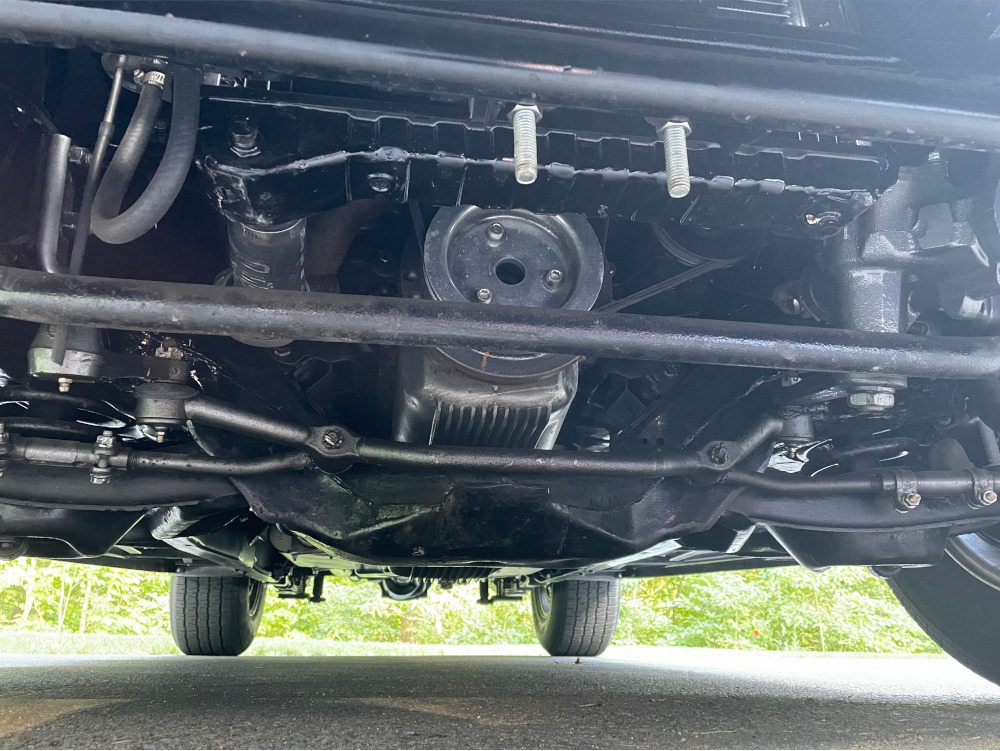 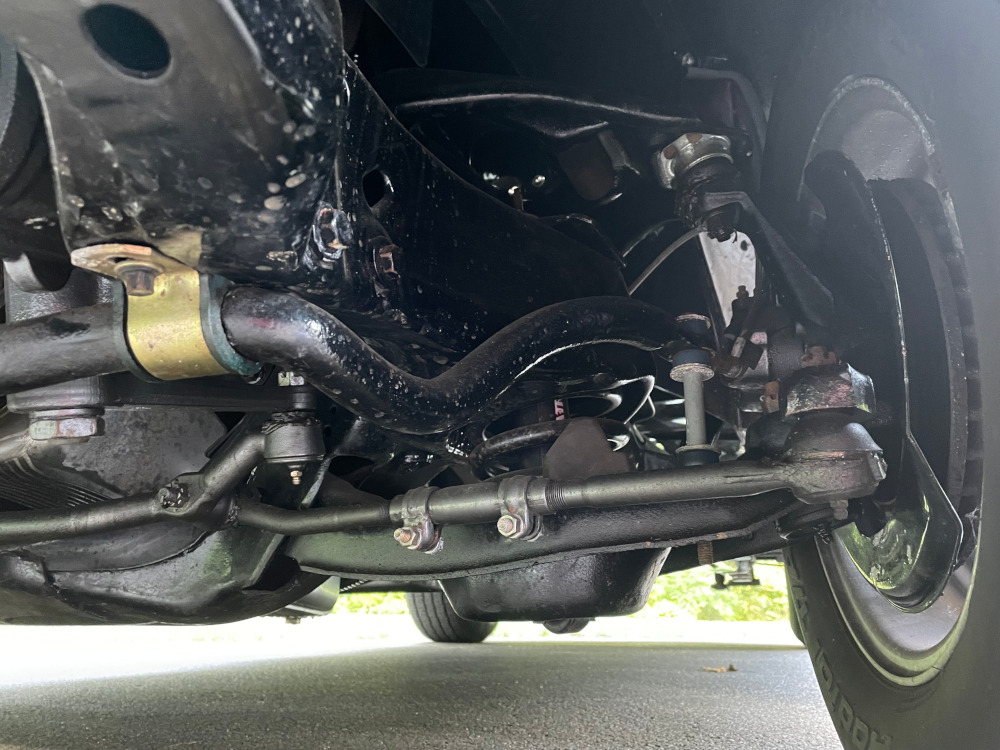 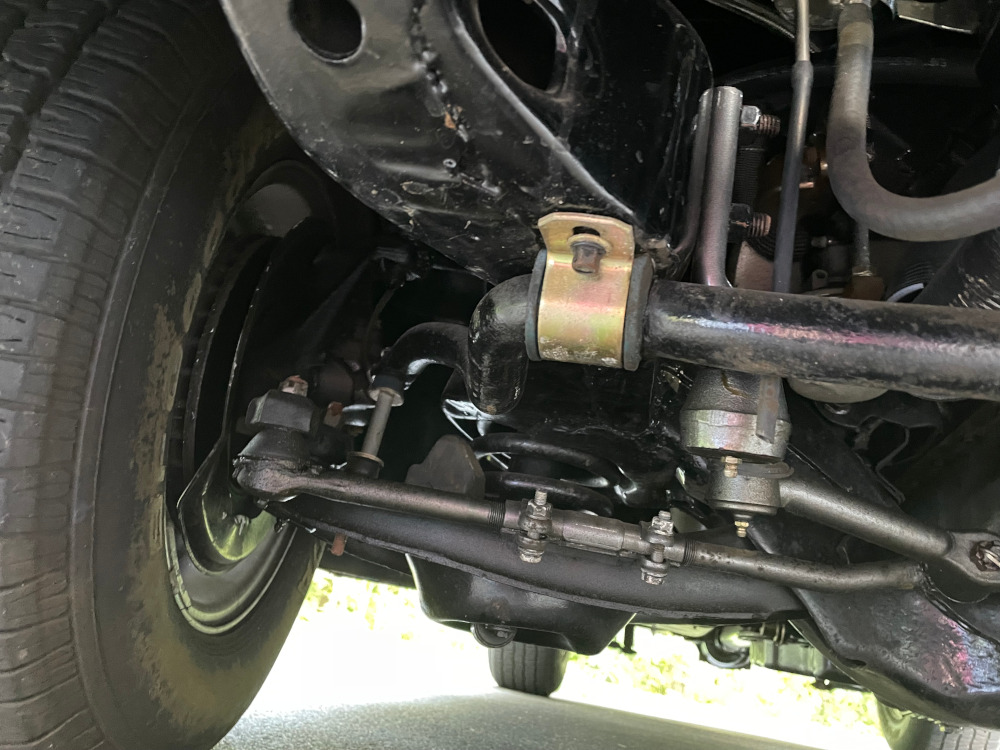 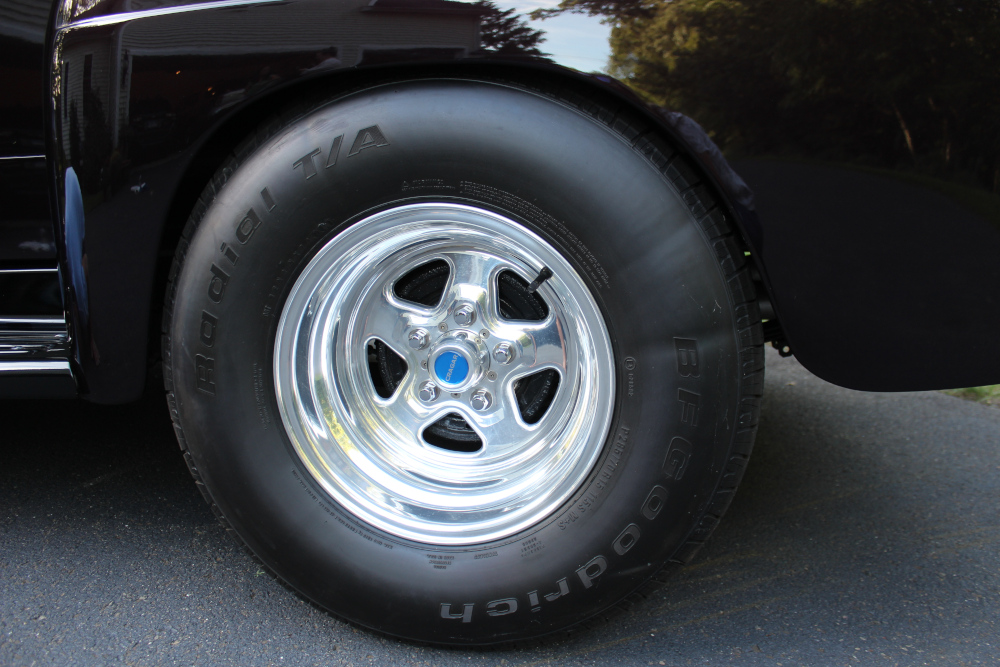 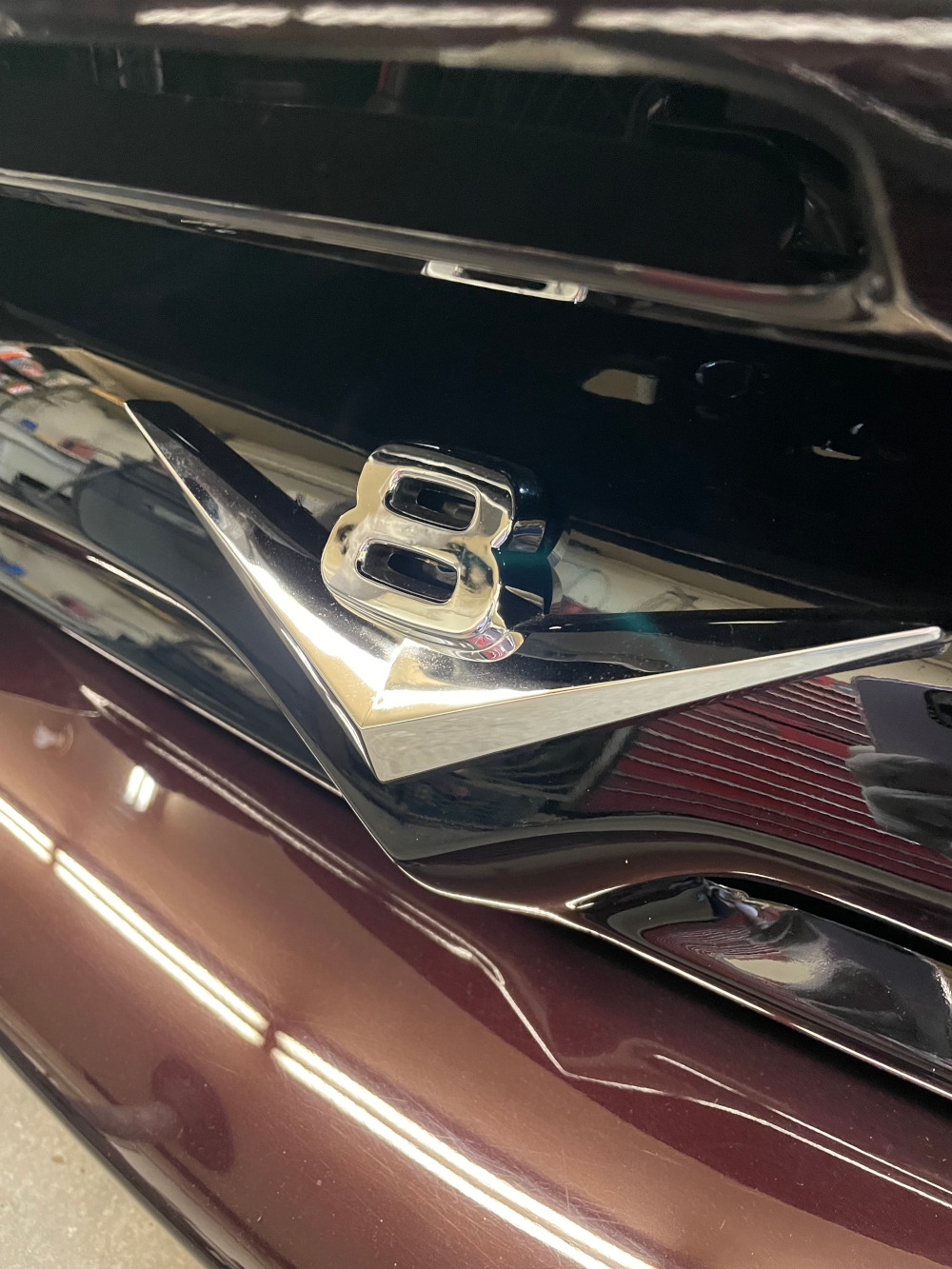 1951 Ford F100 Custom Pickup
This F100 is an 8 time show winner that has been modified to both modernize it and to make it into an awesome show vehicle. The trucks frame is made up of a 1981 Camaro Z28 front section the rest of the frame from the fire wall back is a 1985 Chevy S-10 pickup, lowered ride height and drive train makes it a truck that you will enjoy taking anyplace you wish to go—for a cruise or a ride that will glue you to your seat with great gas mileage. This truck is built in the real meaning of Street Roding.

The Trucks options
This 1951 Chevy pickup has been modified and updated to insure its reliability and performance as well as its appearance. It is equipped with:

“Enhanced” 1971 Chevy 400 (4 bolt main bearing cap on crank shaft) close to 500 hp on pump gas. 400 miles on engine
Big Aluminum Radiator with electric fan
10 bolt Camaro Posi traction 373 gears
Chevy Turbo 400 automatic transmission
Aluminum drive shaft
Aftermarket exhaust manifolds that are like headers.
Holley Carburetor
Air conditioning
Disc brakes
Customized interior
Lowered suspension
Tilt steering column
Power steering and brakes
New wooden bed
Cragar SS Wheels
Custom rear body roll pan
1956 front grill
Paint and Body
The truck is painted in black cherry from a 1985 Cadillac color (paint code WA8244).The restoration of the truck is 20 years old with 400 miles since completed and does not have one spot any were on the truck with a rust issue from the frame up which is a testament to the quality and standard of the built. Since it was completed, the truck has never seen water, no rain or water to wash it, California map and mother’s waterless car wash and spray wax were used to maintain it. The truck was purchased in 1995 and was running and driving in its original form. The restoration was done to the highest standards with Glasurit paint in accordance with Glasurit restoration procedures, completed in 2001. The truck in total only needed 6 pitches to the body, (cab corners, and front fenders) which were done in a butt weld procedure not overlapping the patches, that is key if you now restoration. After all patches were done the whole truck was built from ground up running and driving, it was disassembled, sand blasted and primed with epoxy primer to create a barrier coat before applying body filler (Bondo) any were on the truck so that there would be no moisture trapped between the metal and the body filler, eliminating any chance of rust popping through the body filler.
Interior
The seat is a bench 60/40 out of a 1985 bronco 2. The dash features new gauges and radio. The radio is an aftermarket. The air conditioning is an aftermarket unit that works great.
The floor mounted automatic transmission shifter nicely handles directing the engine’s power to the 400 transmission while the tilt steering column makes driving comfortable for the operator.
Engine
The engine bay, consisting of the Chevy 400 4 bolt main which has been completely disassembled and rebuilt to almost 500 hp possible more. It has never been put on dyno.
Transmission
The addition of a 400 automatic transmission with 2500 stall speed is rebuilt and along with the 373 gears make for a great ride and gas mileage.
Steering and Brakes
Excellent Steering and Brakes as they were already good on the Camaro and S10 of the era.