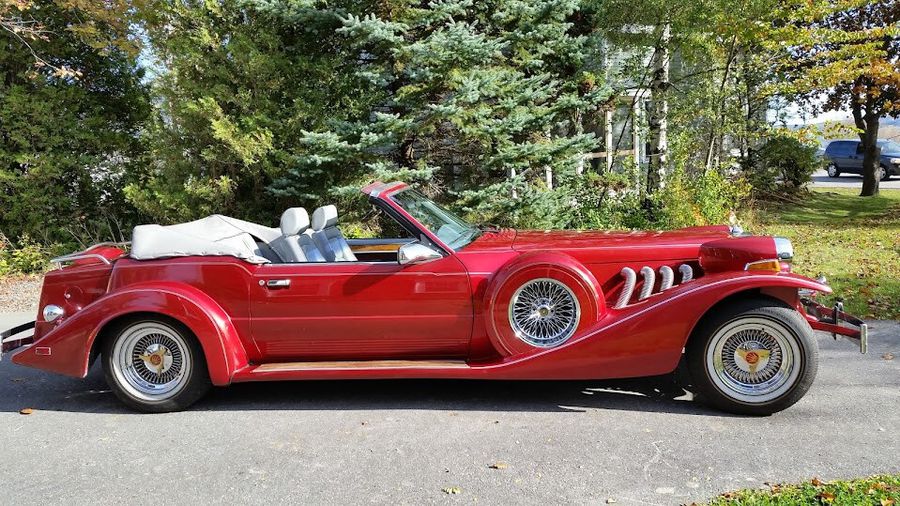 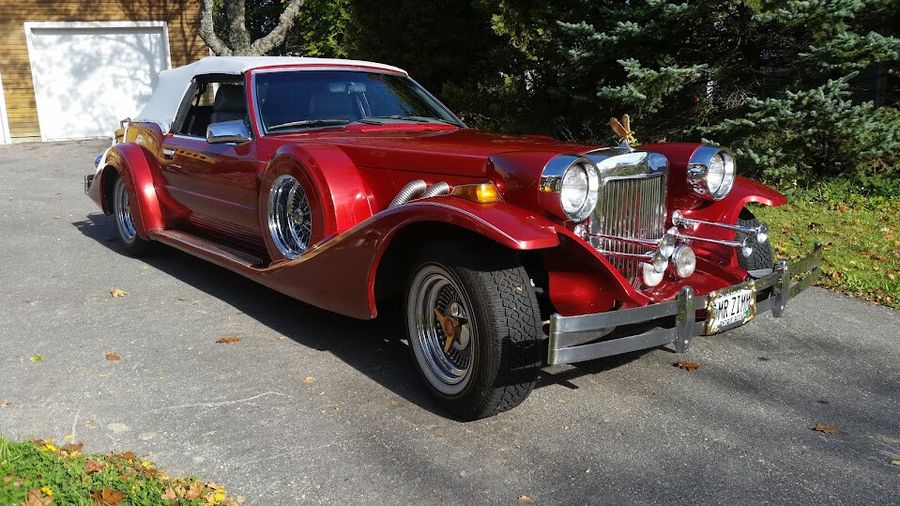 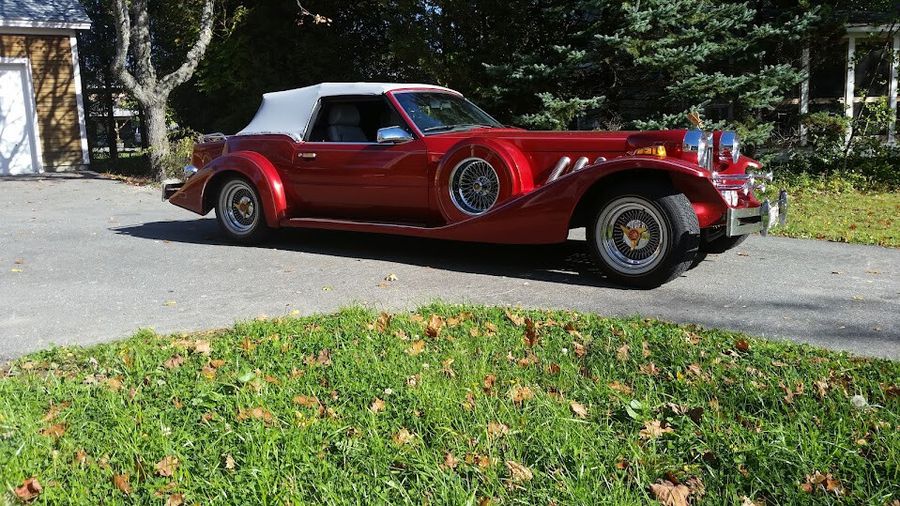 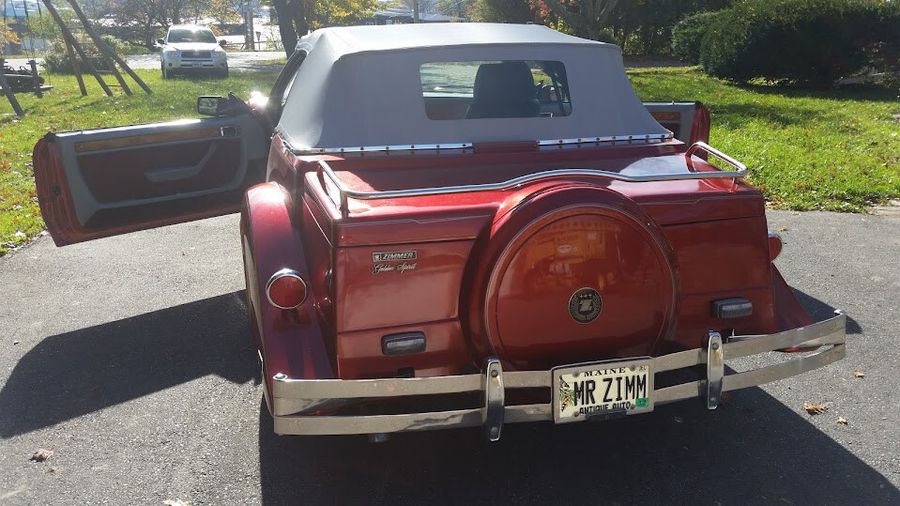 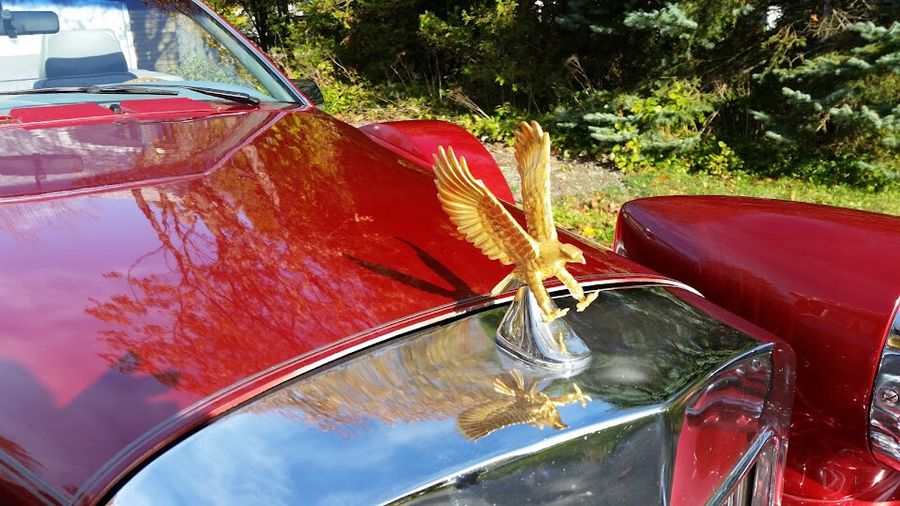 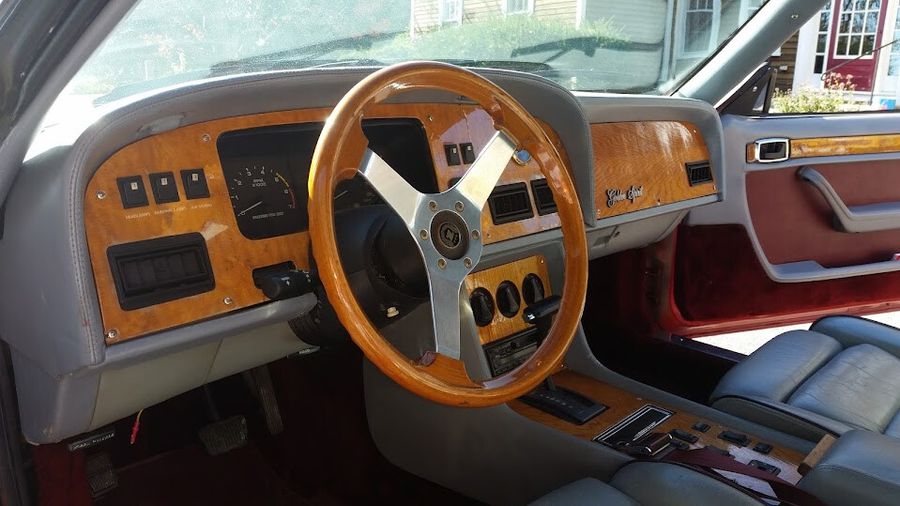 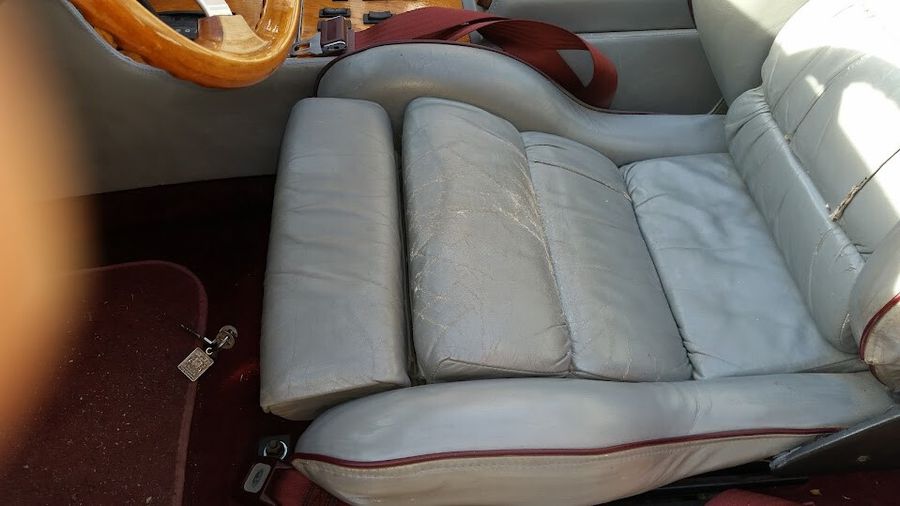 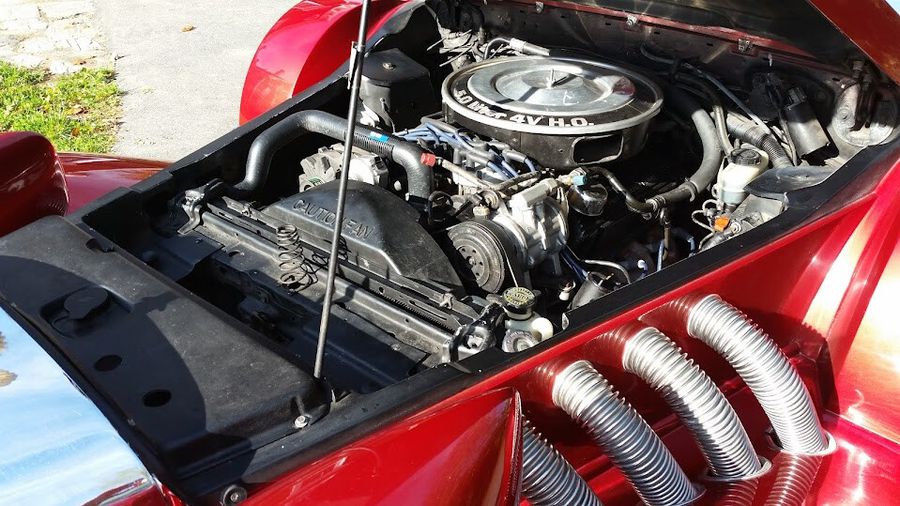 1983 Zimmer Golden Spirit Convertible. This neo-classic was built by the Zimmer Motor Car Co. at Pompano Beach Florida. It is not kit car. There is not a lot of information available on these cars. Of the 1800 built, only very few convertibles were ever made. Originally built on a new Ford Mustang, with a 302 HO V8. It has a automatic trans, power top, power seats, brakes, and steering along with all the rest, as well as lots of chrome. The odometer says 9190 miles but the entire cluster gages have been replaced. It is likely that the car went back to the Zimmer Factory in 1989 when the convertible body was installed as we have discovered the body has subtle differences that set off the last two years of production as well as some parts in the car are from those later years. A lot of work has gone into this vehicle in the 14 years we have owned the car. Including installing a factory rebuilt engine and "doubling" the frame (the original was too weak for a convertible). Plus numerous other repairs. The leather seats although serviceable still need replacing and the paint shows its age. This beautiful car may have been the last one worked on before the factory was shut down. It runs well and is a comfortable ride. She is a real head turner.